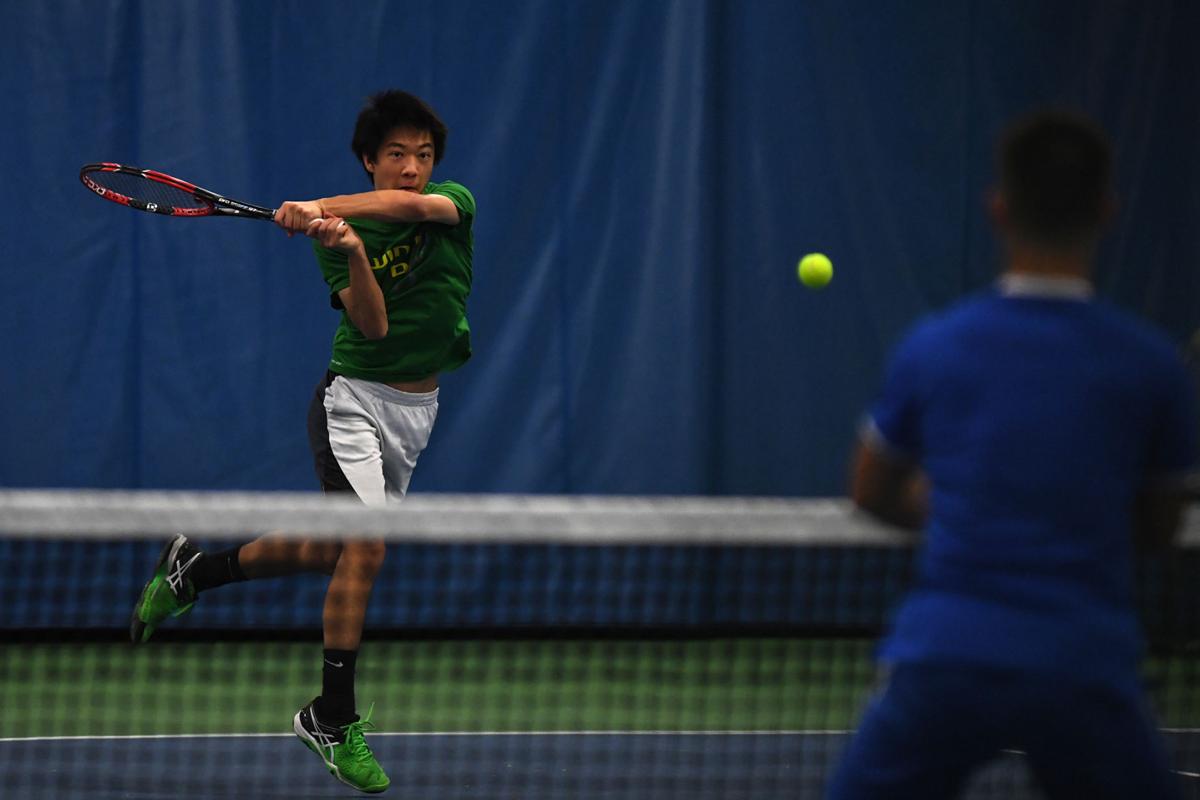 Crescent Valley's Nathan Liu returns a hit during a doubles match on Friday. Liu and his teammate, Jeff Wang, won the district title and helped the Raiders win the boys title. 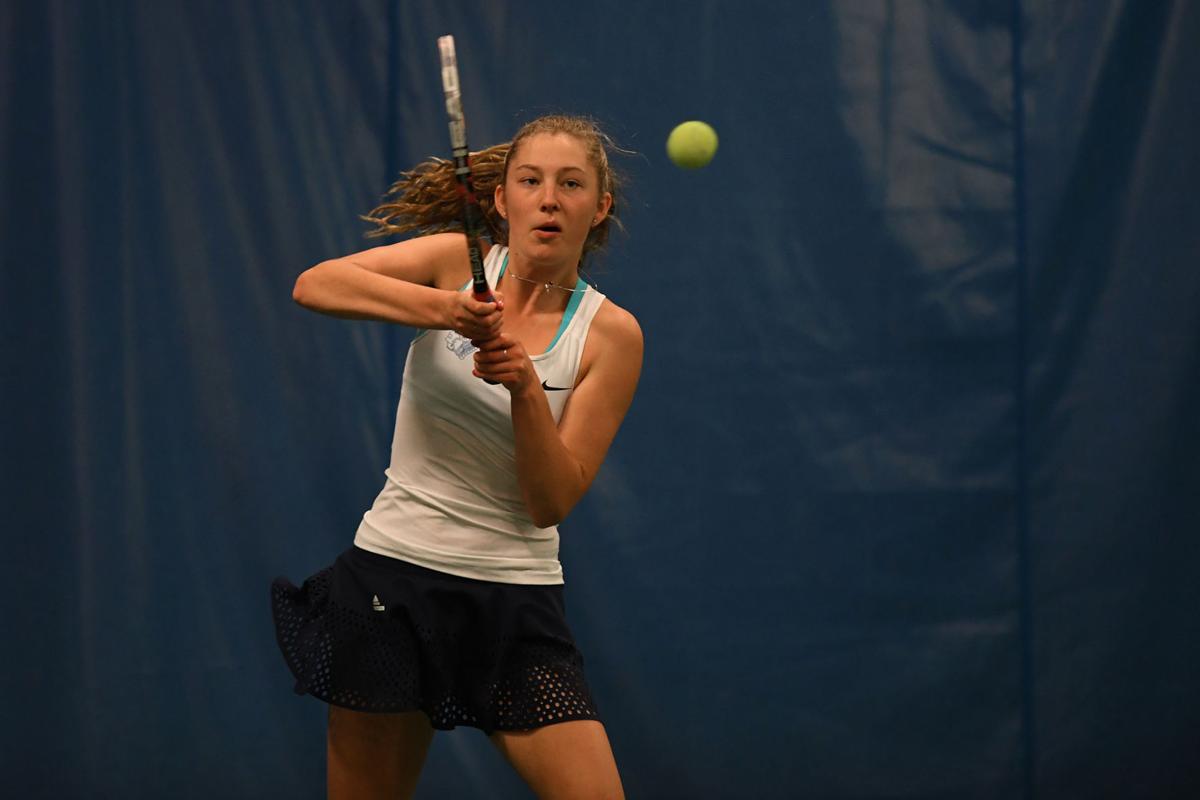 Peter Cerdans didn't plan on playing organized tennis when he made the trip from Barcelona, Spain to Corvallis.

Cerdans, who is a sophomore exchange student at Crescent Valley High, did bring his racquets. And he quickly found himself hitting around with CV freshman Bojan Soskic.

It didn't take much cajoling by Bojan to get Cerdans to join the Raiders' tennis team.

On Friday, Cerdans and Soskic found themselves playing for the singles title at the Mid-Willamette Conference district tennis championships at Timberhill Tennis Club.

"Bojan, he's a really hard player. He can hit the ball pretty hard and I was pretty nervous when I started the game," Cerdans said. "But I played really good."

"I was trying to move him around and a lot of spin on the ball because he's not really tall," Cerdans said. "So that helped me out a lot and sometimes some short balls."

The Crescent Valley boys took first, with Corvallis and Silverton tied for second.

Having two players in the singles final was big for the Raiders, who also got a doubles title from sophomore Jeff Wang and junior Nathan Liu.

"I'm pretty proud of it," Wang said. "I think we played pretty well this last match. The work we put in during the season, I think it definitely paid off here."

It was the first district title for Wang and Liu, who have been friends for a few years but had not teamed up until this season.

"He wanted to play doubles with me and I originally planned on playing singles," Wang said. "But we have an exchange student who's really good and I realized that doubles would be better for my singles game, which is why I did doubles this year."

The Corvallis girls won the title with CV finishing second.

It was a showdown between CHS sisters Anna and Tessa Kern met for the finals for the second straight season.

Anna won last year and was the top seed going in with Tessa at No. 2.

Anna trailed Tessa 4-1 in the first set, but was able to come back for a 6-4 win and then took the match with a 6-1 win in the second.

With both players pretty close in ability, all it took was the turnaround.

"I think it frustrated her a little bit," Anna Kern said of the first set.

Anna said she didn't try anything different in the match.

"No, not really," she said. "I've played with her lots, so I knew her game, but I didn't really come in with a specific plan, just try to fight and stay in it. And I didn't really know how it was going to go."

Corvallis' Catrina Liner had not played in a doubles match against Crescent Valley's Caroline Doyle and Lia VanSteeter this season.

Liner said she was a little bit nervous and not sure about strategy going into the girls doubles final along with teammate Courtney Romrell.

"So I went into it a little not quite ready, but Courtney and my other teammate walked me through it and were like, 'this is what you need to do,' " Liner said. "So I went into it trying to work on those things. Just being aggressive, being smart, placing the ball well."

Liner and Romrell came up with the 6-4, 6-3 win and a district title, a goal they had targeted all season.

"To get that win was amazing," Romrell said. "Pulling it out in two sets was kind of shocking for me, but we both played really good matches. Caroline and Lia were playing strong, they're always playing strong."

Countries that have never won an Olympic medal

Will the Saints make the playoffs?

Will the Saints make the playoffs?

Crescent Valley's Nathan Liu returns a hit during a doubles match on Friday. Liu and his teammate, Jeff Wang, won the district title and helped the Raiders win the boys title.