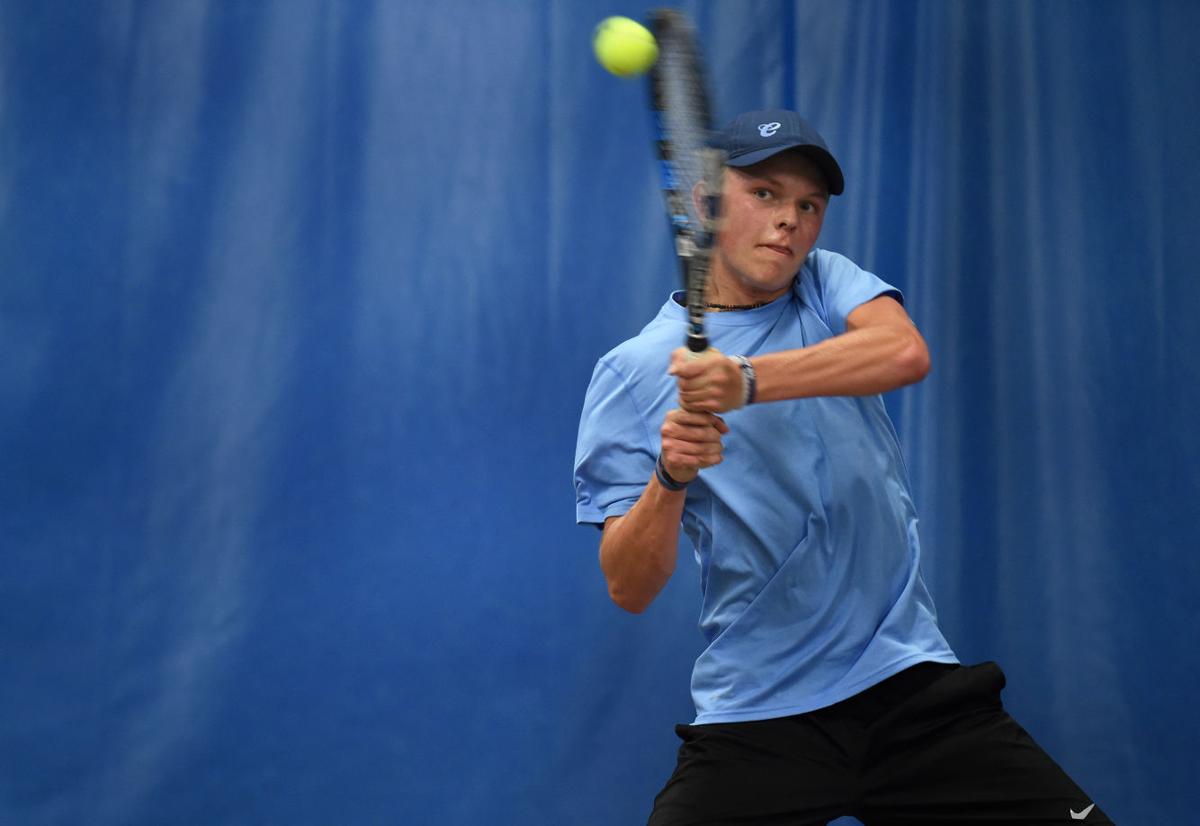 Corvallis' Sam Larson hits the ball against Dallas' Thomas Gniadecki in the boys singles final. Larson took the title with a  6-1, 2-6, 6-4 win. 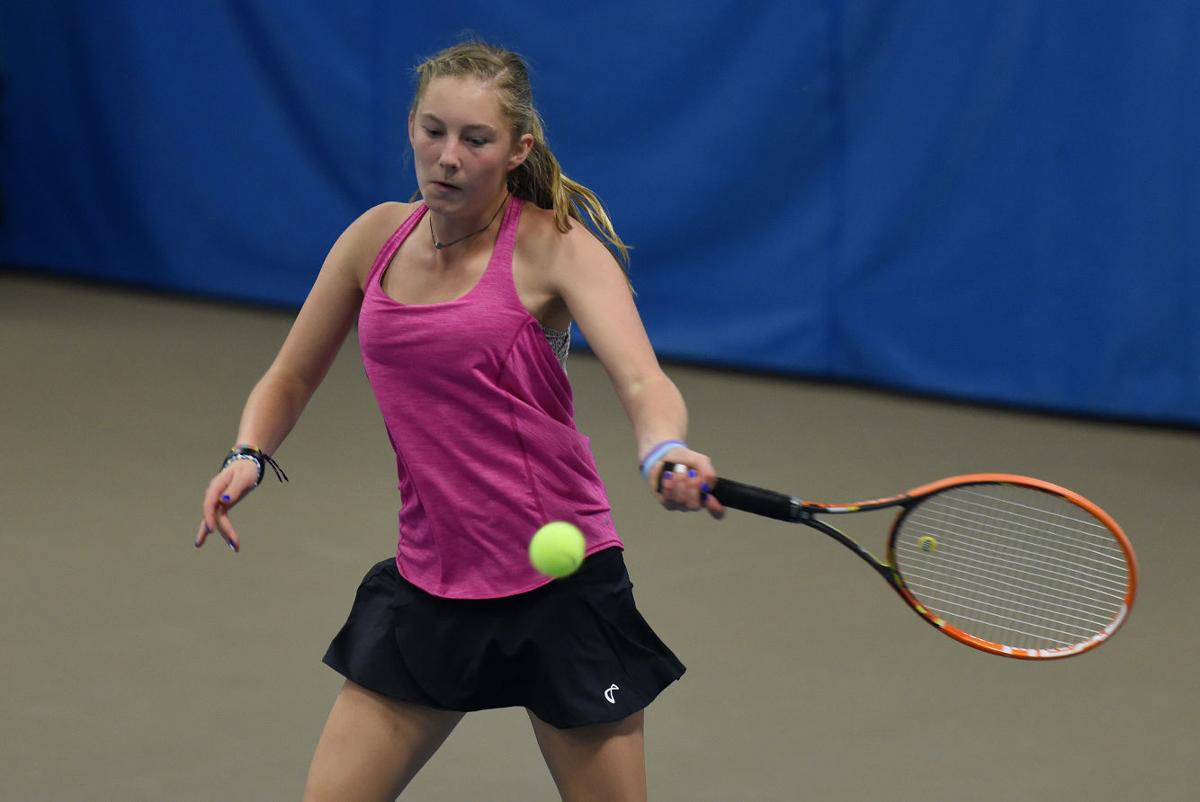 Corvallis' Anna Kern hits the ball against her sister, Tessa Kern, during the girls singles championship of the MWC district meet. Anna took the title.

Sam Larson and Thomas Gniadecki had played twice already this season. Each match went three sets and each player had one win to their credit.

It was fitting then that the final match of the Mid-Willamette Conference district tennis tournament at Timberhill Tennis Club would come down to Corvallis' Larson and Dallas' Gniadecki.

Despite winning the first set 6-1, Larson knew his opponent was going to come back. Gniadecki claimed the second set 6-2 to even the match at one set apiece.

“Even though I won the first set I knew that was going to go three sets, he’s such a good player,” Larson, a senior, said.

The pair battled through the third set. Larson jumped out to an early game lead but Gniadecki would not go away. It took Larson breaking Gniadecki’s serve in the final game to clinch the individual singles title.

“I was having to play the top against him,” Larson said. “He was playing really well. I think I just got lucky a couple times and it just went my way.”

The top four finishers at districts earn a trip to the state tournament played Thursday and Friday at the Portland Tennis Center.

Liu and Chan had defeated Quincy and Max Johnson in the semifinals but the Johnson’s bounced back in the third-place game to take down Joe Gillette and Josh Dudley from Dallas 6-3, 6-2.

Crescent Valley pulled a major upset winning the girls district championship. The Raiders used their depth to their advantage as three of the Raiders’ four doubles teams will travel to state.

“To be honest it was amazing,” CV tennis coach Andrew Pritchard said. “We were the definite underdogs with Corvallis being the defending state champions but we also knew that we had a very deep team.”

Lia Van Steeter and Anjali Chikkalingaiah set the tone by upsetting Courtney Romrell and Catrina Liner in the championship match.

“We had to win doubles,” Pritchard said “They had lost to (Romrell and Liner) both times during the season but I had a pretty good feeling about it. That was pretty exciting.”

Yin and Yin finished fourth, but their upset of Grace Milner and Emma Anderson in the quarterfinals helped push the Raiders over the top.

On the singles side, it was all about the Kern sisters of Corvallis High. Both Anna and Tessa Kern advanced to the finals while only surrendering two games.

“I kind of expected to play Tessa in the finals and it was great to play that. It was such a great experience,” Anna Kern said.

Anna lived up to her No. 1 seed in the tournament as she defeated her sister in the final 6-1, 6-1. To get there, Tessa had to pull an upset against Crescent Valley’s Caroline Doyle.

Tessa was the third-seed despite spending much of the season on the sidelines with an injury. One of Tessa’s concerns was playing her sister before the semifinals.

“I was afraid that I wasn’t going to be seeded and I would have to meet up with (Anna) quicker and one of us would not be able to go to state. That would have been hard,” Tessa said.

Doyle would bounce back in the third place game and sweep Lebanon’s Lynne Meek 6-0, 6-0 to help with the overall team title.

NFL Week 6 Market: Will weather be a factor?

Who will win NFL Offensive Rookie of the Year?

Who will win NFL Offensive Rookie of the Year?

Kyrie Irving says he is not retiring

Kyrie Irving says he is not retiring

Corvallis' Sam Larson hits the ball against Dallas' Thomas Gniadecki in the boys singles final. Larson took the title with a  6-1, 2-6, 6-4 win.

Corvallis' Anna Kern hits the ball against her sister, Tessa Kern, during the girls singles championship of the MWC district meet. Anna took the title.