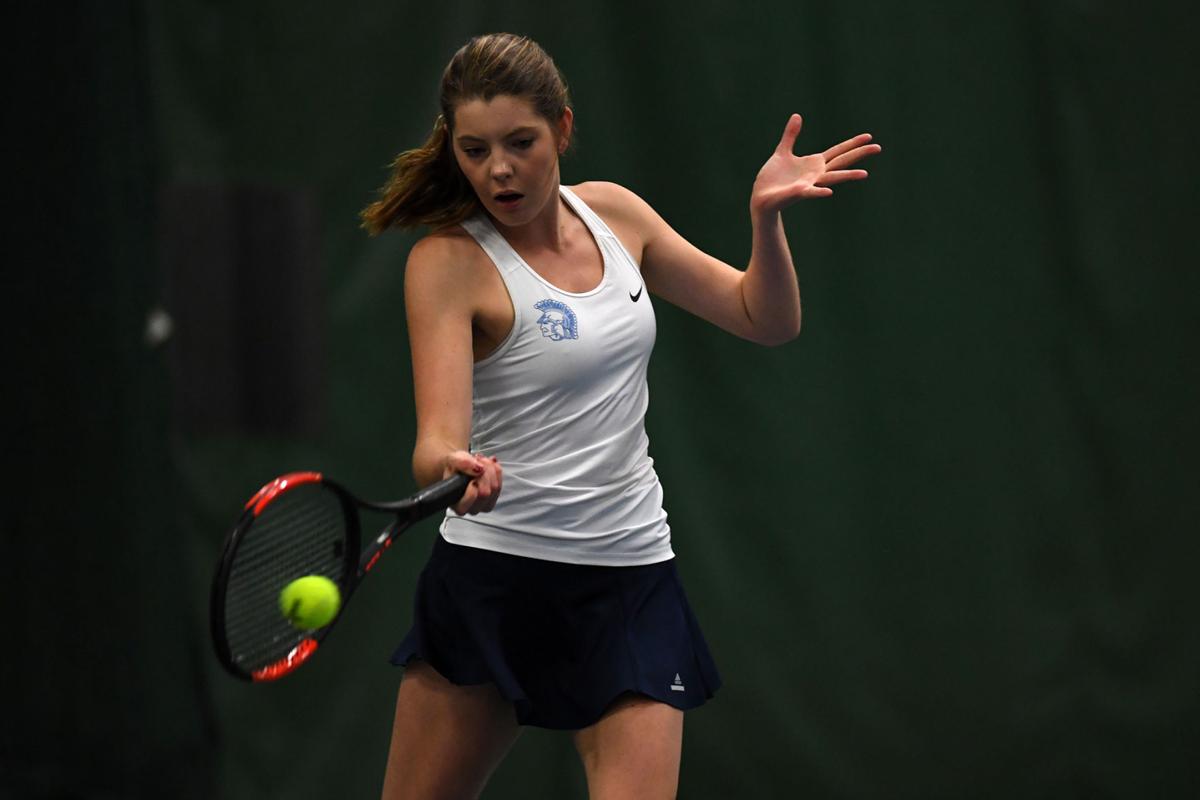 Corvallis High School's Tessa Kern is the No. 2 seed at singles at the 5A state tournament. Her sister, Anna, is the No. 1 seed. 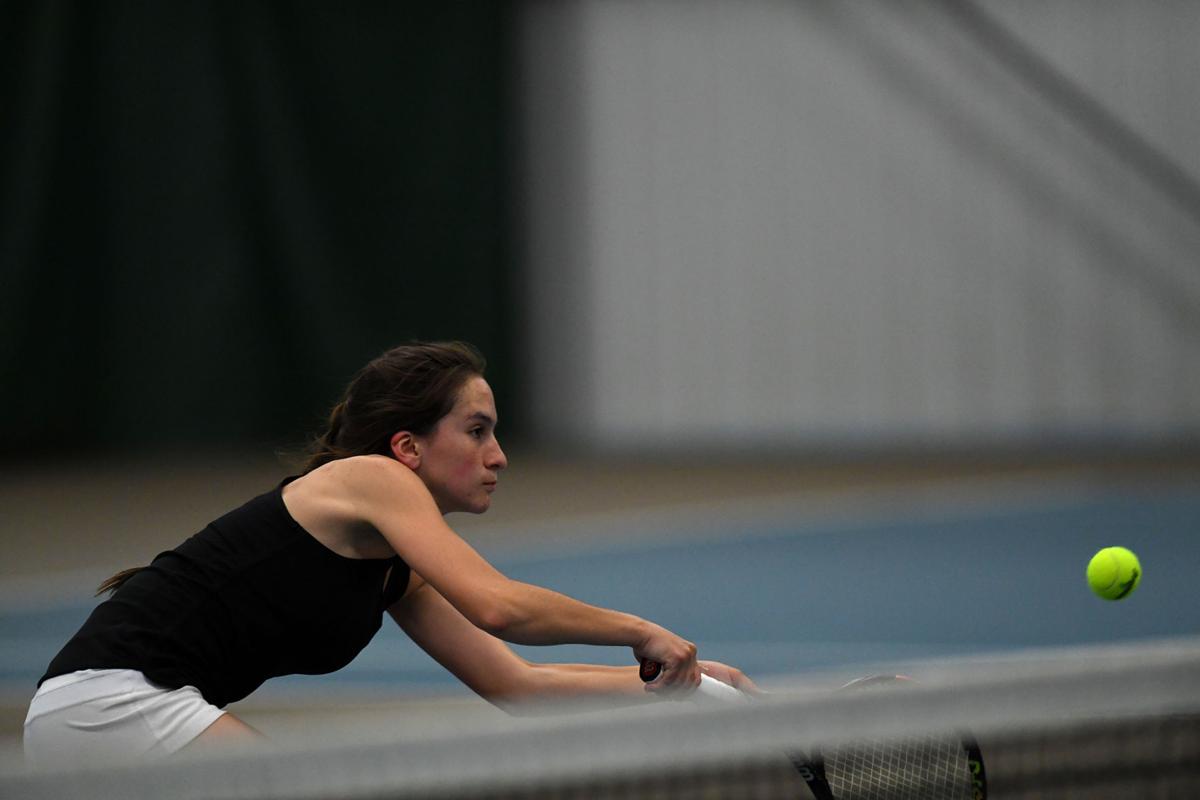 Crescent Valley's Caroline Doyle (pictured) and her doubles partner, Lia VanSteeter, are seeded second at the 5A state tournament.

Corvallis area high schools are sending 17 players to the 5A state tennis tournament in Portland and will likely take home a title or two.

Players from both Crescent Valley High and Corvallis High will be taking to the courts this Thursday at both the Portland Tennis Center and the Tualatin Hills Tennis Center.

The CHS girls team is no stranger to the tournament having won it the last two years. A good portion of that success can be attributed to the Kern sisters, Anna and Tessa, who were both knocked out of last year’s tournament by the eventual champion (Tessa in the quarterfinal, Anna in the final). The Kerns are the top two seeds this year and hope to meet in the championship.

Anna’s first match will be against Wilsonville’s Sam Monello. Tessa will face Kiana Pielli of The Dalles.

Journey Lipscomb has surprised as a freshman and emerged as one of the best players on a talented Spartans team. Journey is mainly a soccer player that uses tennis as a conditioning tool.

“She was undefeated in league play,” coach Donna Keim said. “Journey had the longest matches on our team because she is so consistent and will get everything back. She was patient and would beat girls with much better tennis skills but she was in great shape from soccer and would hang in there and let them make the mistakes.”

Lipscomb will be matched up against Summit’s No. 4 seed Paige Dionne.

Corvallis’ top two doubles teams will also represent the Spartans at state. Last year’s runner’s up Catrina Liner and Courtney Romrell are the No. 1 seed, while teammates Colleen Corrigan and Olivia McGough are seeded No. 3.

CV’s Caroline Doyle and Lia VanSteeter are seeded No. 2 in girls doubles after finishing second to Liner and Romrell in the district meet.

On the bottom half of the girls singles bracket, freshman Sarah Forester will play Ashley Smith of La Salle Prep.

The district champion CV boys team will look to capitalize on taking seven players to the state tournament.

No. 3 seed Peter Cerdans won the Mid-Willamette district meet and according to his coach Matt Higham, Peter is playing at an extremely high level.

“Peter has yet to really have a close competitive match with anyone from our district,” Higham said. ”I'm really excited for him to be able to play the best players that the other 5A districts have to offer.”

Cerdans will face Benny Saito of Redmond in the first round.

Bojan Soskic finished second to Cerdans at districts. He is a freshman that Highman believes has great potential.

“His draw at state is definitely manageable,” Higham said. “If he plays like he did in the district semifinals, I think he will do really well at state.”

Soskic’s draw at state will be fellow freshman Evan Villano of Marist Catholic.

CV’s Todd Meng qualified for the Raiders as well.

CV teammates Nathan Liu and Jeff Wang won the Mid-Willamette title in the doubles bracket. They will be seeded No. 3 at state.

“Nathan and Jeff have played consistently well throughout the whole season,” Higham said. “They had a tight first set in the district final against Silverton, but looked really great in the second set. They have a good draw and they can really go far into the tournament.”

Nick Turkisher and Drew Dody also qualified for the Raiders.

Donna Keim reached her goal of bringing two doubles teams and three singles players to state. Having won the state title last year with far less representation, the CHS girls team will be a heavy favorite.

The Raiders best shot at a title sits on the shoulders of Peter Cerdans, should he put together a good run, he and his six teammates will be definite contenders.

Corvallis High School's Tessa Kern is the No. 2 seed at singles at the 5A state tournament. Her sister, Anna, is the No. 1 seed.

Crescent Valley's Caroline Doyle (pictured) and her doubles partner, Lia VanSteeter, are seeded second at the 5A state tournament.