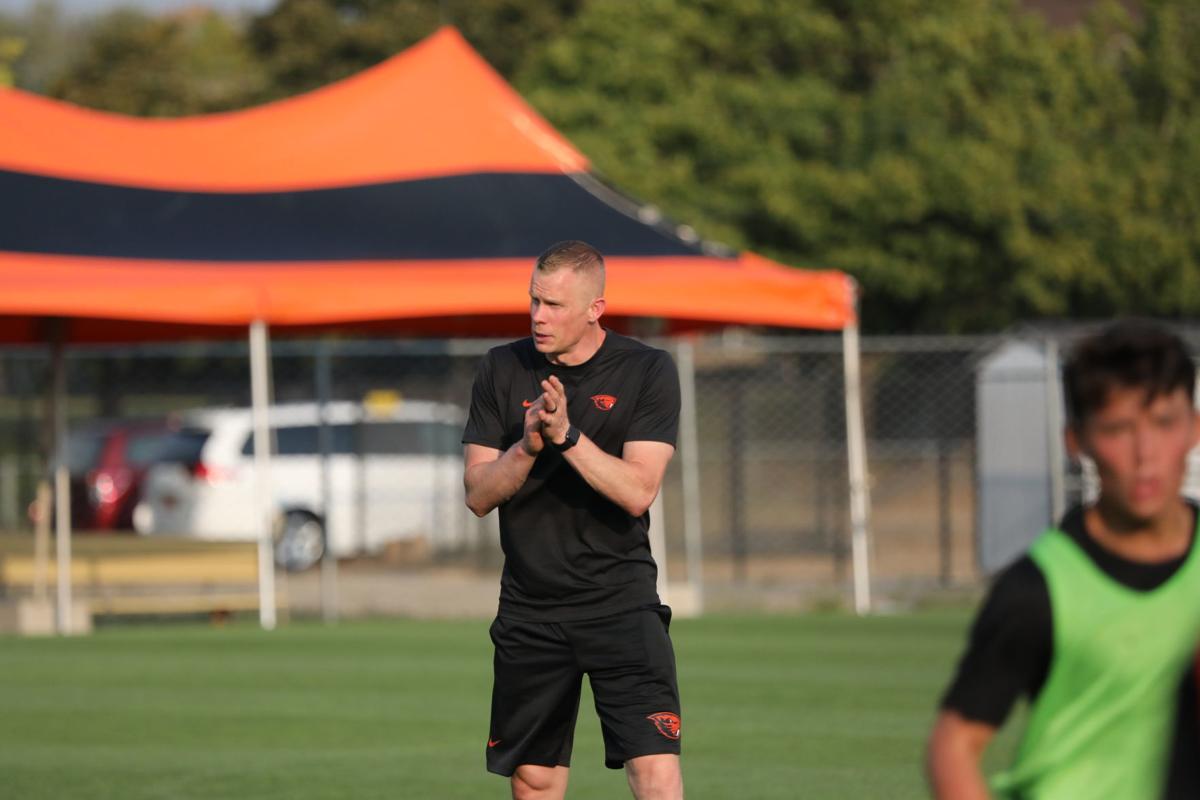 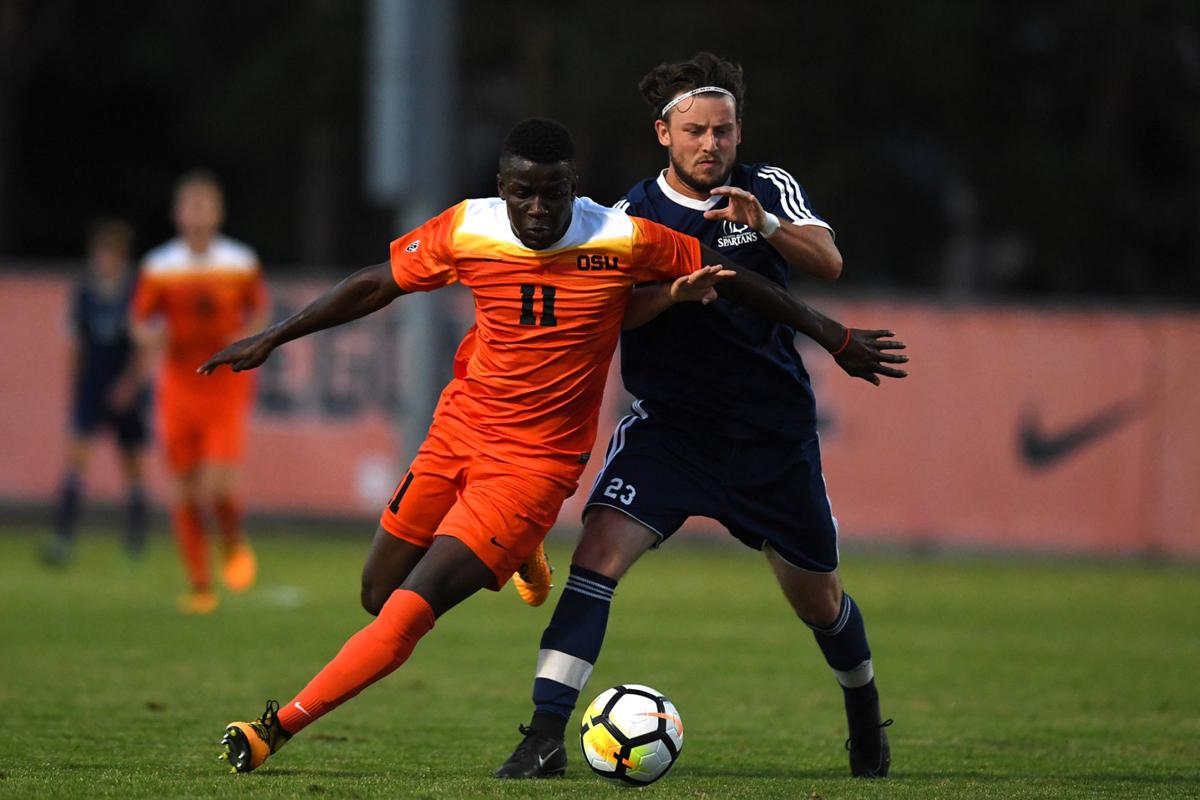 Joel Walker, left, is a returning starter for the Oregon State men's soccer team. The Beavers want to make a second straight trip to the NCAAs this season.

Surrender the outcome and win the moment.

If the Oregon State men’s soccer team continues to take that approach, second-year coach Terry Boss believes a return trip to the NCAA tournament and another successful season will follow.

“We talk about it in our locker room,” Boss said Monday night, following a 4-1 victory over the previously unbeaten University of the Pacific Tigers at Lorenz Field.

“If we do that and perform, we feel we’re good enough” to make the 48-team NCAA field. “We have good young players, we have good senior leadership, and we have guys who are willing to fill in big shoes.”

That mixture enabled the Beavers to improve to 3-1 heading into a Thursday matchup at Grand Canyon, their first road game of the young season. They return to Lorenz Field at 7 p.m. Sunday to host perennial West Coast powerhouse US Santa Barbara in their final pre-conference test.

Returning starters Sofiane Djeffal, Joel Walker and Eric Diaz scored once for OSU. So did Adrian Crespo, one of four first-year starters helping to fill the void created by the graduation of Pac-12 all-stars Hassani Dotson and Don Tchilao and an injury that had kept sophomore standout Gloire Amanda sidelined until Monday.

“[It] was a pretty good performance,” Boss said. “Obviously there are areas we need to continue to work on. Pacific is good and we match up well, they want to play and we want to play,” which led to a wide-open game with 34 combined shots.

“We both took our shots early. We settled into the game nicely and controlled it from there.”

“It was fun to execute the style of soccer we’ve been chasing. There’s still a lot of improvement needed, but it came together and it was enjoyable. I’m proud of these guys.”

OSU’s high preseason expectations are merited. The 2018 Pac-12 Coach of the Year, Boss welcomed nine veteran starters upon returning to Corvallis after serving as an assistant coach for the United States Men’s National Team in the summer CONCACAF Gold Cup tournament.

The Beavers were picked to finish third in the Pac-12 preseason coaches poll and received one first place vote.

Their lone blemish so far is a 2-1, opening-night loss to Coastal Carolina. They then defeated Colgate 2-1 and Davidson 2-0 before topping Pacific on Monday.

“The guys have learned how to play against different systems, and we’ve become a little more flexible and adaptable,” he said. “It’s been really impressive.”

Tchilao was first-team all-Pac-12; Dotson was a second-team selection. Tchilao led OSU in scoring with seven goals and nine assists and was drafted by the MLS’s Los Angeles Galaxy. Now with Minnesota United in the MLS, Dotson had one goal and played in a team-leading 1,865 minutes.

However, numerous 2018 mainstays return. Midfielder Djeffal was the Pac-12 Freshman of the Year and a first-team all-league choice; forward Amanda was second-team all-league. Both made the 2019 preseason all-Pac-12 team.

Also back is sophomore starting goalie Adrian Fernandez. He played every minute in 2018 and posted five shutouts, 68 saves, and a sparkling 1.12 goals-against average.

Crespo (0-1-1), a key reserve in 2018, has earned a starting spot and leads the team in scoring (2-5-9) after notching one goal and one assist on Monday. Walker is a junior; Cover, Salaudeen, Moliner and Crespo are sophomores.

“Our team is deep,” Haggarty said. “The new guys have done a good job of taking criticism and stepping in the roles they need to.

“We’ll just take it game-by-game. Whatever our expectations are, we just know where our standard is, and we just try to hit that every game.”

Joel Walker, left, is a returning starter for the Oregon State men's soccer team. The Beavers want to make a second straight trip to the NCAAs this season.